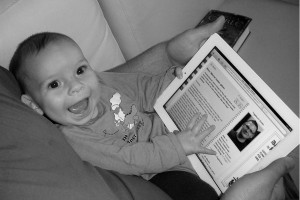 I write this review in English, because i like the author of the book „Appalachian Trials“, Zach Davis, to read it. Obviously he is not a German and i believe my ability of English writing is still better than his of reading German. At this point i need you to know, my written English is even poorer than my spoken one. My teacher told me, i would never learn this language, when i was 10 years old and still told me the same, when i graduated the high school. So don’t be disappointed, i really do my best here. Now to the book. 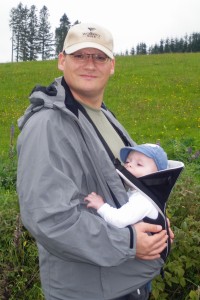 I think the idea of this adventure was an attempt by my mind of balancing the new situation. If i was Teddy Bear at home on the couch the opposite would be of course Bear Grylls on the trail. Lack to the possibility of going to Maine, i started hiking with my son as some kind of backpack (more exactly a „front-pack“) at home and went every day 5-15 km with him. Additional i started reading several blogs and one book. „A Walk in the Woods“ by Bill Bryson is well known, but in my eyes  he cheated and the book was more boring than anything else. On the other hand some of the blogs were great. I like „Five Million Footprints“ and „The Dusty Camel“ a lot and of course „The Good Badger„. Last one was written by a crazy guy with a special kind of humour, i followed him on his complete trip and was happy to hear he would write a book, and here it is: Appalachian Trials by Zach Davis 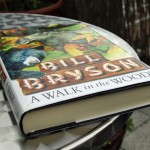 I bought it as kindle version for our iPad, the price in Euro is 6,22, a cheap capital investment, only topped by „A Walk in the Woods“ for exactly one Euro as used version. The difference is that Appalachian Trials is worth the money. In the beginning, when i started reading the book, i was somehow confused. The book was much less funny than i had expected. Where was the crazy, funny guy from the blog? I checked again on his website and the reason for the change was clear. When Zach Davis started to write about his hike, he was a complete rookie, but when he wrote the book, he had become a professional hiker. I was not disappointed at any time of reading the book, but it was completely different from that version of the book i had expected of him. Neither it is a book about the history of the trail, like Bryson did, nor it is a book describing the hike day to day. Somehow i did expect the last, but not for a reason, because Zach told us (readers) already on his blog about his writing in detail.

Maybe i could have known, it would be some kind of scientific: „The Psychological and Emotional Guide to Successfully Thru-Hiking The Appalachian Trail“ is not that funny for a sub-title, is it? 🙂

(I do still not fully understand „when shit hits the fan“, sorry, i simply do not like to imagine that 😉 )